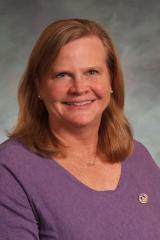 The Reproductive Health Equity Act (RHEA) has recently been signed into law by the governor of New York. This landmark bill will send a strong message to legislators across the country about the importance of a woman’s right to decide her reproductive freedom. This right is central to women’s dignity and autonomy. It impacts every aspect of a woman’s life, including her health and that of her family.

A major role in the passage of Oregon’s reproductive health equity act was played by people of color-led organizations and communities. Opposing the myth that reproductive issues are the preserve of middle-class white women, these leaders crafted agendas focusing on reproductive justice. The ACLU of Oregon, an advocacy group that protects civil rights and defends individual freedoms, also played an important role. In addition, the Asian Pacific American Network of Oregon, a grassroots advocacy group, has been working to promote social justice for over 15 years.

The passage of HB 3391 in Oregon means that women and transgender people will no longer have to worry about discrimination based on gender identity when accessing reproductive health care. The act also addresses procedural barriers that prevent transgender Oregonians from getting life-saving cancer screenings.

The Reproductive Health Equity Act also creates a fund for reproductive health services. The fund provides assistance for travel expenses and medical services. This fund is administered by Seeding Justice through grants to organizations providing abortions. The initial release of the fund is $1 million to the Northwest Abortion Access Fund. It is expected that the money will be used to eliminate barriers to reproductive health care, including travel, lodging, practical support, and provider network capacity issues.

The funds will help fight the growing attacks on access to abortion. The fund’s $15 million goal is to protect women’s reproductive health. The fund was approved by the legislature to offset the potential harm caused by looming Supreme Court decisions. There are a number of different groups involved in the fight for this legislation.

This landmark Oregon law protects women’s access to abortion care while restricting the growth of religiously based providers. Similar legislation is being pushed in Washington state. State senator Manka Dhingra told Axios there is a “definite path forward” to pass similar legislation in that state.

The Reproductive Health Equity Act also allows religious employers to exclude abortion coverage from their health insurance plans. The legislation requires health insurance providers to develop a plan to fill in the gaps. It’s important to understand that the law doesn’t apply to all employers. The Oregon Health Authority will be responsible for developing a comprehensive plan to address the gap in coverage.

HB 3391 has been enacted in Oregon. The legislation also adds abortion to the list of covered reproductive health services. Currently, the cost of an abortion is $400 and nearly half of American households can’t afford it. The bill also gives women access to follow-up visits during the postpartum period.

Rights of transgender and gender-nonconforming people under RHEA

Transgender and gender-nonconforming individuals face multiple barriers in health-care settings, including forced psychiatric evaluations, sterilization, and other medical procedures. While transgender people face these threats in health-care settings, their lives are also at risk for violence. Their gender identity is often misrepresented in official documents, making them vulnerable to human rights violations. Furthermore, the majority of transgender and gender-nonconforming people do not receive state recognition of their gender identity. The resulting legal vacuum has led to a stigma against trans people.

Transgender and gender-nonconforming individuals face disproportionate discrimination. Recent research conducted by the National Center for Transgender Equality shows that nearly one-third of transgender respondents had experienced discrimination at work. They also reported quitting their jobs or hiding their gender transition. Additionally, nearly half of respondents had been refused the use of correct pronouns in the workplace.

Transgender individuals are also at high risk for mental health problems. American medical systems have consistently underserved this population. Regular harassment and discrimination adds to their high stress levels and negatively affects their health. Added to these factors, the lack of access to medical care leads to large disparities between the transgender and cisgender population.

The RHA is a great step in ensuring that women can access reproductive health care. It will help New York become a safe haven for these women and the rest of the country. However, advocates will need to lobby for a state constitutional amendment to protect abortion as a fundamental right.

The act will also protect transgender people from discrimination in the workplace. Several federal agencies are now implementing policies to ensure the rights of transgender and gender-nonconforming individuals. The new policies are consistent with the guidelines established by the EEOC and other federal agencies.

The OCR is a federal agency that investigates discrimination cases. The OCR will also investigate claims of discrimination on the basis of sex. It is also responsible for enforcing Section 1557 of the Affordable Care Act.

Since the passage of the Affordable Care Act, the landscape of reproductive health for women has changed significantly. More women now have access to abortion, contraception, and family planning services, but some still face barriers to access. The issue of access continues to be debated in state legislatures across the country. By improving access, we can improve women’s health and well-being.

Abortion access is essential to the health of every woman who has the capacity to become pregnant. The new law has removed many of the restrictions that limit access to abortion services. The bill also clarifies that abortion services are not provided in public health facilities. This is an important clarification and will help women access abortions in the future.

While the Supreme Court decision on abortion rights in the United States has been an important step toward women’s health, it has not necessarily led to unhindered access to care. For example, states have passed more than 300 restrictions restricting the right to abortion in recent years. Some of these restrictions have made access to abortion almost impossible in some areas of the country. Currently, women are forced to travel to states where abortion is legal.

Despite the judicially mandated limitations on abortion, the UN Working Group on Discrimination Against Women and Girls (UN-HRC) expressed concerns regarding the barriers women face accessing abortion services. During a visit to the United States in 2017, the Special Rapporteur on Extreme Poverty and Human Rights noted that women in low-income groups face numerous obstacles in accessing abortion services.

As a result, the Reproductive Health Equity Act has expanded access to abortion care for all Oregonians. The act also codified the right to an abortion in state law. It also funds community-based organizations to increase access to abortion services throughout the state. Further, the act prioritizes rural and minority communities.

In addition to expanding access to abortion, the Reproductive Health Equity Act also makes abortion providers more accountable. The act also requires state agencies to report births, abortions, and medical providers in order to assess the quality of care. The law also prohibits city agencies from using city resources for abortion, including the use of city property.