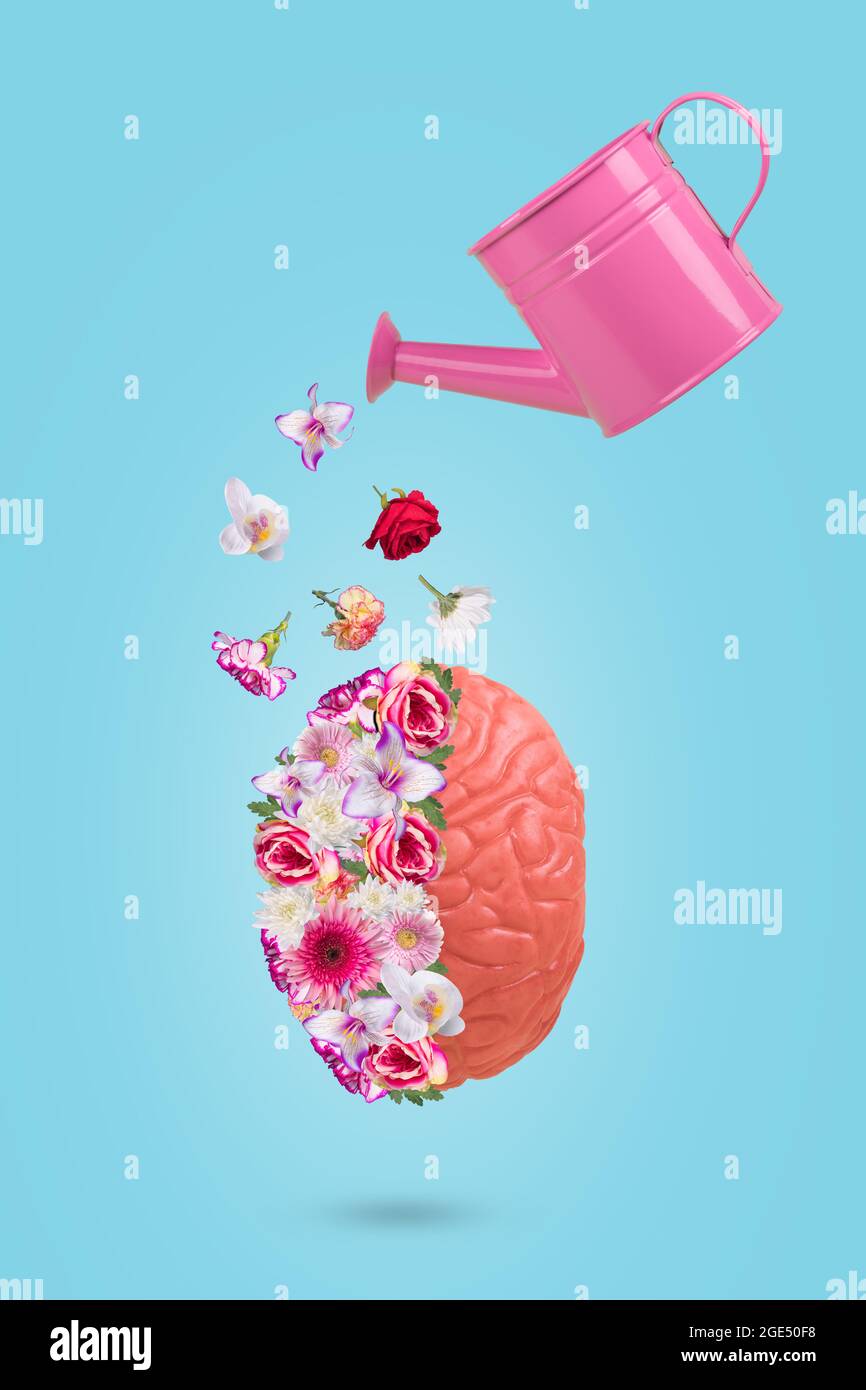 During Art and Mental Health Month, artists from the art community are creating and showcasing works of art that address the stigma surrounding mental health. Artists from Kooky Love, goliath72, Agrimony, and more are deconstructing the myths around mental health by creating art that challenges those misconceptions. While we all might think that we look healthy on the outside, the truth is that we can all be experiencing serious internal conflict.

While battling cancer, LisaDiana began to draw again. She couldn’t read, and no formal art education, so she began by creating a Mandala, a pattern of geometric shapes within a big circle. Her new psychiatrist encouraged her, saying that art is spirit, and that she was treating her Spirit through the Arts. She smiled when she looked at her artwork and felt lighter.

LisaDiana’s art therapy blog explores creative ways to cope with mental illness. Nearly one in five people suffers from some form of mental illness. In order to create a more positive world for these individuals, we must first understand what causes mental illness. Mental illness is a condition that can lead to physical and emotional problems, and it is one of the most common conditions in our society.

Mental health is a critical issue for millions of Americans. During National Mental Health Month, we RISE will join a national movement to increase awareness about mental health issues and the importance of supporting and fostering the mental wellbeing of others. It is always important to support mental health, but the lingering effects of the recent pandemic have put mental health on the forefront of our national agenda. As a community, we must continue to make mental health a priority.

We RISE’s art and mental health event will include guided art-making sessions, poetry readings, and music performances. Performing at the opening rally will be Common, YG, and Ty Dolla $ign. On May 27, the Jabbawockeez dance troupe will teach a dance class. At 1726 N. Spring Street, the event will continue through May 28.

A free month of art events and activities is part of We RISE’s initiative to help people live better lives. WE RISE is an initiative of the Los Angeles County Department of Mental Health and aims to unite communities by engaging them in the process of healing. It features an interactive art exhibit, a rally, poetry performances, community engagement activities, art-based workshops, and an ongoing social media campaign to encourage conversation about mental health issues. It is open to the public and family-friendly.

Creating art is therapeutic. Art and poetry are often used to process trauma. Through this month-long workshop, you can learn how to create art that expresses your emotions and heals your mental health. You can sign up for a free virtual event and attend a live workshop online.

The series of events includes speakers from MusiCares and the American Foundation for Suicide Prevention, as well as Broderick Leaks and Danielle Lowe, both of whom are experts in music therapy. Sany Abrams, a spokesperson for MusiCares, will give an empowering 60-minute talk that explains the science of breathing, a key factor in mental health.

Many musicians in early careers can find it difficult to seek help for their mental health. Music Minds Matter’s series of mental wellness meetups throughout April will help musicians improve their mental wellbeing and prevent it from affecting their performance. The free events are open to all and available to musicians from any genre.

The program also includes workshops for musicians and community members. The nonprofit also hosts webinars about mental health. Art and music are powerful ways to promote well-being and bring people together. Art with Impact creates a safe space for young people to share their personal stories and learn about mental illnesses. The series also includes interactive experiences like the Worry Shredder, a facial expression emotion recognition game.

The Stompers Project is an innovative art project that uses creative expression as a tool to educate the community about mental health. The initiative works with local artists, schools and organizations to create life-size sculptures that speak to the stigma surrounding mental illness. The sculptures, made from old sneakers, are a symbol of the movement to eliminate the stigma surrounding mental illness. Through their creation, the Stompers Project empowers community members to speak out about their struggles, bringing awareness and vital resources to the community.

The Stompers Project by Jana Marie Foundation is a collaborative effort of several groups, including the American Foundation for Suicide Prevention. On Sept. 10, the Foundation held a candle-lighting ceremony in solidarity with many organizations and groups worldwide. A number of students participated in the project. Among them are John Wehler, a senior in psychology at Penn State, and Seveta Gallu, a poet who shared her personal struggles with depression.

In addition to these exhibits, the Stompers Project by Jana Marie Foundation will be on display at the Betsey Rodgers Allen Gallery in Schlow Library. The Stompers Project is a collaborative effort between the Jana Marie Foundation and the community to end the stigma associated with mental illness. The artist’s artworks will be available to the public free of charge while supplies last.

As part of the initiative, MTV is making funding available for its nonprofit partners. This funding will support new initiatives aimed at inspiring youth to take action in addressing mental health. Organizations that are interested in applying can go to the MTV website to request a grant. The grants can be up to $10,000.

The MTV Entertainment Group is supporting a variety of initiatives nationwide to promote mental health. Among these is the Mental Health Action Day Wellness Walk and Pop Up at Rahway River Park, located at 162 Saint Georges Ave. It will be held in conjunction with other events all over the country. Participants will be able to walk around two beautiful paths, relax in a Zen lounge, and learn more about mental health.

Mental Health Action Day is an open-source movement led by the MTV Entertainment Group to encourage people to get mental health support. It also advocates for systemic changes to ensure that more people have access to mental health care. Mental health is a major issue among young adults. A study found that 56 percent of young adults between 18-24 reported experiencing symptoms of depression or anxiety during the recent pandemic. Mental health is a complex issue and requires a multi-faceted approach to address the underlying causes.