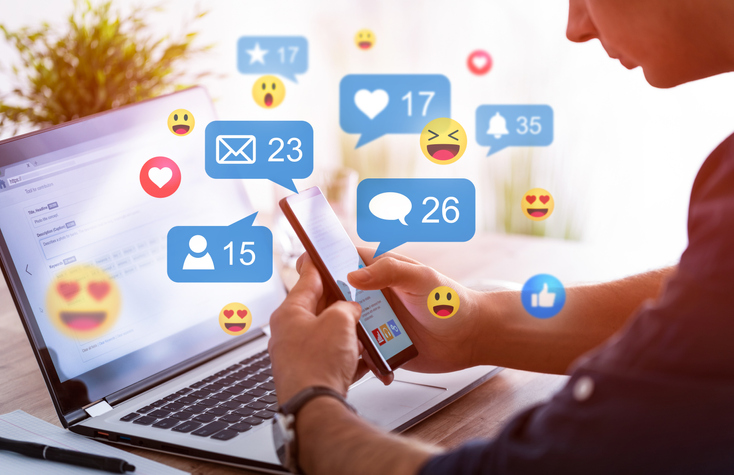 Understanding how social media affects mental health is important for those who are concerned about their online activities. It is not a cure-all, but it does help you determine what to do next. You can seek help from a medical professional or take part in a clinical trial to receive the latest treatments and cures.

Signs of compulsive social media use

If you feel you’re spending too much time on social media, it could be an indication of a serious issue. Excessive social media use can take time away from work, relationships, and other priorities. It can also compromise your mental and physical health. It’s important to recognize the signs of social media addiction so that you can make the necessary changes to improve your mental health.

Addiction to social media can look like a substance use disorder, and symptoms can include increased use, preoccupation, and mood modifications. In addition, you may experience withdrawal symptoms and increased conflict with other people. If you’re noticing any of these symptoms, you should see a health care provider for further evaluation.

Social media addiction often begins with the fear of missing out. When you’re a social media user, you might feel anxious about missing out on something important, like a fun outing with friends. FOMO causes compulsive social media use and affects a person’s self-esteem. It can also interfere with their work and school life.

Limiting your social media usage can also help. You may want to try abstaining from social media altogether in the beginning, or at least limit your time on social media. If you can’t break free from the temptation, try engaging in physical activities instead. Go for a walk, go to the gym, or start a new hobby instead. These alternatives to social media are quick, convenient, and healthier ways to satisfy your cravings.

Dopamine is a well-known brain chemical that has a variety of functions and is associated with addiction. It also plays a role in various medical conditions, including schizophrenia and Parkinson’s disease. Fortunately, researchers have made strides in understanding the role of this chemical in the brain.

A study conducted on cocaine-addicted individuals found that their dopamine levels increased when they watched videos of cocaine use. Having too much dopamine in the brain can cause problems, and the drug methylphenidate helps treat this condition. People who have addictions have a hard time recovering and need a strong personal support system. Fortunately, recovery from addiction is possible, but it will take months or even years to fully overcome addiction.

Dopamine is an important part of our lives. Our bodies produce it to reward us for actions we take. This chemical is also crucial to our motor system, and the body uses it to control the body’s movements. People who lack dopamine may suffer from Parkinson’s disease, a neurological disorder characterized by slow movement, tremor, and stiffness. In addition, studies conducted on rats showed that dopamine is associated with sex drive, desire, and addiction.

Dopamine is the brain chemical responsible for making us crave food and other pleasures. In fact, it also increases general arousal and goal-directed behavior. People with low levels of dopamine are more likely to engage in addictive behaviors. It’s important to realize that dopamine is a key component of addictive behaviors and can affect your mental health.

Although the effects of social media on the brain are not fully understood, some research suggests that social media are detrimental to the brain’s ability to regulate our moods and feelings. These substances are known as neurotransmitters and can affect several areas of the brain, from the motor centers to the attention and learning areas. If you’re suffering from depression or other symptoms, consult a medical professional to determine what you should do.

Social media has been subject to a great deal of criticism, and a number of studies and national surveys have cited the devastating impact of these platforms on mental health. For instance, a study published in the U.S. found a 25% increase in the rate of suicide attempts among teenagers. This increase can be traced to the increased use of social media. However, the negative effects of social media are not yet fully understood. More research needs to be conducted to determine how much it affects mental health.

The benefits of social media are many. They allow us to stay in touch with friends and family, read the latest news, and share political views. However, the long-term effects of social media use are unknown, as this technology is still relatively new. However, several studies have shown that it negatively affects mental health, particularly among those who use it frequently. These studies also show that frequent use of social media leads to loneliness and depression.

Fear of missing out on social media

Fear of missing out (FOMO) is a common psychological condition that can negatively affect a person’s mental and physical well-being. Those who are susceptible to FOMO may experience depression and loneliness due to the constant worry that they are missing out on something important. This condition also affects their self-esteem.

This problem can also affect a person’s sleep. People who are constantly checking social media tend to lose sleep because the constant stimulation stimulates their brains and makes it difficult to relax enough to sleep. Numerous studies have linked excessive use of social media with increased symptoms of depression and anxiety.

Teenagers are especially vulnerable to FOMO, which can lead to peer pressure and risky behaviors. The young brain is still developing, and FOMO can cause negative effects if not treated early. It was also found that increased social media use was linked to higher FOMO levels, which suggests that FOMO can promote an unhealthy cycle.

“Fear of missing out” is a common mental health disorder that affects individuals of all ages. While the term “FOMO” refers to a general feeling of feeling like you are missing out on something important, it can also apply to more serious conditions such as low-grade depression and dysthymia.

While social media is a great way to stay connected with other people, it will never replace human contact and interaction. Face-to-face human connection relieves stress and makes us feel good, which are crucial for mental health. While social media has numerous benefits, it’s also dangerous if used excessively and causes people to feel lonely.