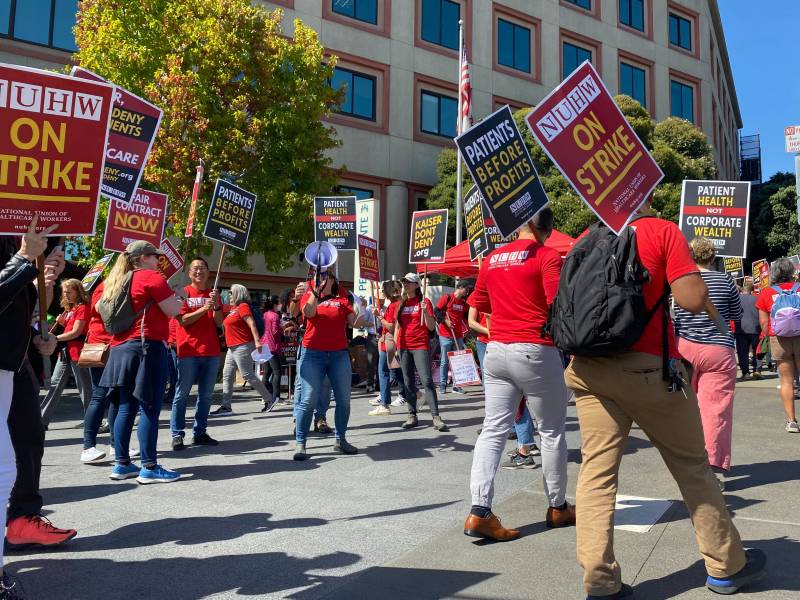 This article examines Kaiser’s failure to provide adequate mental health services to its patients, and its refusal to consider a proposal to improve its conditions for both workers and patients. Readers should also be aware of Kaiser’s history of neglecting patients. While this article is not exhaustive, it offers some key information.

Kaiser has a huge influence in California’s health care industry, similar to the power of Amazon and Facebook in the tech industry. Yet its clout in the market has not translated into mental health parity. In response to this, DMHC has launched a non-routine survey of Kaiser’s mental health services.

Kaiser has been criticized for long waits for mental health therapy appointments. This has been the subject of numerous complaints by Kaiser members and clinicians. While Kaiser has made progress toward improving its mental health services, it still has a long way to go. Kaiser must improve its patient experience.

The agency has been putting pressure on Kaiser for years to improve the quality of mental health services provided to its patients. A recent settlement agreement with Kaiser required the agency to make improvements in the availability of services and monitoring of appointments. But this settlement was never fully implemented and Kaiser continues to face pressure from the DMHC.

The recent strikes by Kaiser clinicians are another source of concern. The union filed several dozen complaints with DMHC last year, citing delays in appointments. These workers claimed that the health system did not meet its obligations in providing timely mental health services. Some patients say they were forced to wait for up to six weeks for an appointment.

Another reason that Kaiser has experienced delays in providing mental health services is that their call center clinicians do not have adequate time to adequately assess patients’ needs. In addition, Kaiser patients are typically pushed into a system where they may wait for more than four to six weeks for a follow-up appointment.

While the Kaiser system has hired 1,200 full-time clinicians and therapists since 2015, it still has several hundred open positions. Despite these new hires, some Kaiser practitioners have left the system for private practice. This is because the Kaiser system does not have a cap on the number of cases a clinician can take.

One such woman, Emily Pacillo, was diagnosed with a general anxiety disorder several years ago. She regularly met with her therapist but had to switch health insurance providers when she moved to San Diego in early 2021. She tried to find a new therapist immediately, but was unsuccessful.

Kaiser’s long history of failing patients is a cause for alarm. The company is in the process of reviewing its treatment of mental illnesses. It has also agreed to enter into a contract with community-based mental health providers. But the company has yet to publicly acknowledge the progress made in the negotiations.

Kaiser has a history of failing patients, especially in behavioral health care. The California Department of Managed Health Care (DMHC) fined the company $4 million last year for failing to provide timely appointments for mental health care patients. This was the second largest fine the DMHC had ever imposed. In addition, Kaiser’s data tracking system did not accurately track how long patients had to wait for appointments. Kaiser was also ordered to establish an outside monitor to ensure that its mental health services were being provided in a timely manner.

In another case, a woman was awarded a settlement of $600,000 after her hospital failed to diagnose her with pseudotumor cerebri, a dangerous condition that can only be treated by surgery. The woman had contacted Kaiser physicians for over two weeks before her diagnosis but received no ophthalmology evaluation. After this delay, she suffered from chronic headaches and vision loss, a condition that should have been identified and treated immediately.

Another example of a successful settlement by Walkup attorneys against Kaiser for a patient who suffered a spinal infection. A Kaiser doctor’s failure to diagnose the condition caused her to become a quadriplegic and require constant treatment. This case demonstrates the long-term impact of Kaiser’s negligence on patients. Fortunately, Walkup’s medical negligence attorneys were able to negotiate a settlement for the patient that will provide him with the medical care he deserves.

A recent case involving a Kaiser patient has made headlines. A 56-year-old woman who had breast cancer failed to receive timely diagnosis. After Kaiser failed to recognize her disease until it was Stage III, her prospects were very poor. The patient was eventually diagnosed with cancer, which weakened her immune system and made her life difficult.

The disease management programs that KP has instituted in its primary care system are effective at reducing the risk of hospitalization for patients with certain conditions. For example, a KP disease management program can prevent one ICU admission per year. The cost savings of avoiding one ICU admission annually can easily offset the cost of the program.

One recent case involving a Kaiser patient involved a $946,616 arbitration award. This case was the result of a lengthy, drawn-out arbitration process. The plaintiff alleged that the Kaiser doctors failed to properly diagnose the patient and delayed treatment. Kaiser was denied a settlement in this case, and Walkup attorneys won the arbitration for the family.

The refusal to consider a proposal to improve conditions is part of a wider battle between Kaiser and workers in the mental health sector. Striking clinicians have been demanding better working conditions and better wages for several months now. As a result, patients are suffering. They often have to wait more than three months before they can get an individual therapy appointment. In the meantime, the patient’s symptoms continue to worsen. This is why striking clinicians are calling for Kaiser to increase resources and address dangerous workloads.

Workers are staging picket lines and protests in three regions to demand better conditions. The Kaiser and National Union of Healthcare Workers have not yet reached an agreement on contracts or service cuts. However, workers have signed an open-ended strike over therapy wait times and are asking patients to file complaints with their state’s department of managed care.

In addition to this, the unions also want Kaiser to cut more time spent on non-billable tasks. This time includes reading patient charts, consulting with experts, and talking to patients’ families. By doing this, Kaiser’s non-billable time will shrink. As a result, they will continue to cut non-billable time, which Kaiser does not see as valuable.

Inequity in mental health care is a longstanding challenge facing America. By increasing access to quality mental health care, we can relieve inequitable burdens that have historically been carried by people of color and those with low income.