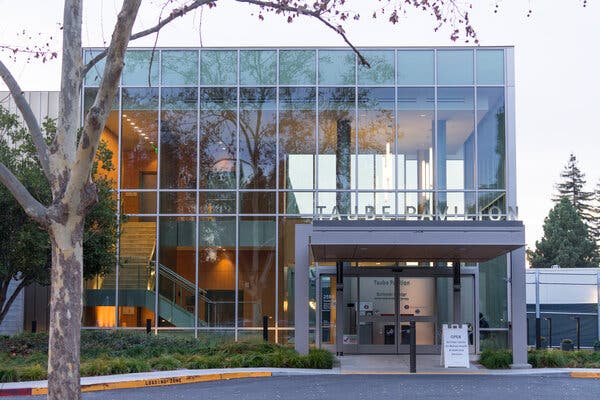 A Psychiatric hospital is not the same as a regular hospital. While there are many similarities, many patients in this type of facility require specialized care. For example, vagus nerve stimulation is a treatment method that alters neurotransmitters in the brain. The patient receives mild electrical pulses through a pacemaker-like device, which changes the brain’s neurotransmitters.

A psychiatric hospital is a place where people who suffer from severe mental illness can be treated. These facilities vary in size and grading and specialize in the treatment of people with various mental illnesses. They are also known as behavioral health units or mental health units.

Psychiatrists are responsible for overseeing the care of patients. They tend not to visit the ward every day, but they usually conduct ward rounds every week. This allows them to assess the progress of patients and discuss issues with other staff. They also meet with patients’ families and the community to determine whether the patient can return home safely.

Researchers conducted interviews with patients and staff to understand the atmosphere of psychiatric wards. During these interviews, participants were asked about their satisfaction with their psychiatric care. They expressed a wide range of criticisms about the treatment that was being offered in the hospital. Some patients also complained about the lack of psychotherapy and conversation with staff. They also complained about the lack of activities on the ward. Patients who were kept in a locked ward were more likely to voice complaints than patients in an open-door setting.

Patients are treated for a number of mental illnesses in psychiatric wards. These facilities are staffed by specially trained professionals and offer a wide variety of services. Patients may stay in private rooms, as well as share rooms where they can interact with others. These hospitals are intended to offer intensive care for those with mental illnesses. While some facilities specialize in treating children only, most are designed to treat adults as well.

The main difference between a psychiatric hospital and an asylum is that mental health units are focused on treatment rather than long-term care. Patients are usually discharged from these facilities after they have been treated. A psychiatric ward within a general hospital will usually have specialized staff to provide the best care.

A mental health hospital is a place where you can get help for various mental health conditions. Patients in such hospitals are monitored constantly and can receive specialized care. The staff of these institutions uses advanced equipment to help them treat their patients. The hospital will also have a psychiatric team that helps patients with various psychiatric symptoms.

The staff of a mental health hospital will try to keep you comfortable. They will assess your mental state and place you in a safe room if the situation is severe. In some instances, you may even be admitted to a psychiatric ward. This means that you may not be able to leave the hospital without your consent.

The stay in a psychiatric hospital can last for several days or even weeks. The staff of the hospital will discuss your condition with you and your family and friends. They will also conduct various tests and procedures. For example, they may want to perform brain scans. In addition, you may also encounter mental health counselors, social workers, nurses, certified nursing assistants, chaplains, and others. The length of stay in a mental health hospital varies depending on the severity of the condition, the treatments needed, and the patient’s response to the treatment.

Mental health care in New York State is under strain. Mergers and hospital closures have reduced the number of beds available. Medicaid reimbursements have decreased significantly, and psychiatric patients are not as profitable as other patients. This has led to a shortage of mental health hospital beds in the state. As a result, hospital capacity has been cut in both New York City and the Long Island Region.

Today, only a handful of historic psychiatric hospitals exist. The vast majority of psychiatric care is delivered through a network of other facilities. Outpatient services include clinics, doctors’ offices, and crisis services. The quality of these services may vary depending on the location. However, these types of services are the primary form of treatment for many mental health problems.

The hospital’s staff includes highly trained psychiatrists. Some of them are regarded as “Top Docs” in New Jersey. The team offers specialized care for patients suffering from mental illness or emotional difficulties, as well as substance abuse. The hospital also offers outpatient counselling. The staff will also help patients and their families understand the nature of the issues they are facing.

As a result of the lawsuit, the hospital has improved the care provided to patients. It has since become a model mental health hospital. However, it is not perfect. In some cases, patients may receive treatment that is inappropriate for them. The hospital will need to make some improvements to keep patients safe. Fortunately, this lawsuit has helped improve the care of mental health patients.

A new study reveals that one out of five hospital stays is associated with a mental health diagnosis. In 2016, there were 8.4 million hospital stays involving a mental illness. The vast majority of these stays were paid by Medicaid and Medicare. Hospitalization rates for mental illnesses are also twice as high in the Northeast as in the West.

After an inpatient stay at a mental health hospital, patients should follow an individualized treatment plan. Treatment starts with an evaluation to determine the patient’s needs. Once a diagnosis is confirmed, the treatment team will make a detailed plan for the patient’s continued recovery. The team will also coordinate aftercare and specialized services. In many cases, patients are referred to their original clinicians, and in others they are given a referral to a community service provider.